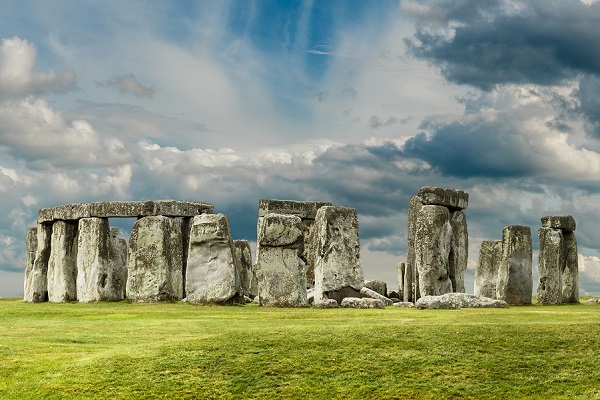 How to make the most of your English Heritage pass.

Based in the wide-open countryside of county Wiltshire, the iconic Stonehenge is more than likely going to rank highly on your to-do list. The English Heritage pass guarantees you admission to both the Stones themselves as well as the modernized museum located near the admission gate. The exhibition also has a lovely café and serves food throughout the day.

Continuing south, pass into the ancient kingdom of Cornwall; a land steeped in myth synonymous with Arthurian Legend (the legendary Tintagel castle is the rumoured birthplace of King Arthur himself!). Perched upon the weather beaten-rock, Tintagel Castle is in the north of Cornwall and has drawn a high number of visitors for decades. The English Heritage pass will get you free admission to the site.

The White Cliffs of Dover may be the first thing that springs to mind when you think of England’s south-eastern coastline, but Dover Castle makes its own claim as the number one reason to visit county Kent. Founded in the 11th century, the ‘Key to England’ has long been the great defender of the realm. Whether you’re a historical buff or a keen photographer, Dover Castle has something for everyone and makes for a great day out.

From the south to the north and to the ancient border between England & Scotland. The great defensive fortification of Hadrian’s Wall more than likely ranks as another must visit on your list. This great relic of the Roman era now stands as a visual reminder of the turbulent history and ever-changing nature of Britain’s identity. The English Heritage pass offers admission to the Birdoswald Roman Fort in Carlisle, Chester’s Roman Fort & Museum, Housesteads Roman Fort & Corbridge Roman Town.

The forbidding remains of Whitby Abbey inspired the harrowing tale of the world’s most infamous villain. It was here, on the north east coast of England that Bram Stoker’s Dracula was realized and thus inspiring gothic literature, art & film for generations. Walk in the footsteps of Stoker himself whilst gazing out into the North Sea and exploring the quaint town of Whitby itself, a perfect day excursion from the city of York.

Based in the Holgate area of York, this incredibly unique feature makes for a spine-chilling visit, magnifying the very real threat of nuclear war back in the 1960’s. The blast proof bunker was built to monitor nuclear explosions and fallout in the Yorkshire region between 1961 and 1991 and was acquired by English Heritage in 2006. This bizarre site is a must visit during any trip to York and is included with your English Heritage pass.