Whoop whoop! Here we are again – presenting you a dose of our favourite must-dos across Wales, Scotland and England! If you haven’t had a chance to read previous editions of our Great Britain Bucket-List, please click here to enjoy more gems from lists no #1! , #2! and #3!. Meanwhile, we hope you share our enthusiasm for #4! list of extraordinary places and things to do in Britain!

Ride on the Fastest Zip Line in Wales 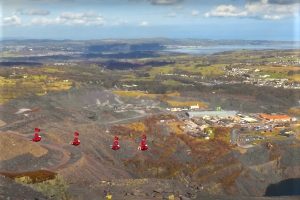 Starting with an adventurous attraction located in the recently awarded by UNESCO World Heritage region of The Slate Landscape of Northwest Wales, we travel to Penrhyn Slate Quarry. Just outside of Snowdonia National Park in a little town of Bethesda lies Zip World: Outdoor Adventure Activity.

Home to a variety of rides that provide great fun for any age group, it is the Velocity 2 Zip Line that brought recognition to Penrhyn Quarry around the globe. Impressively holding the title of not only the longest in Europe, but also the fastest in the world(!), the zip line experience brings a terrific dose of high speed adrenaline. Nearly 1.5 km long, the ride reaches speeds over 100 miles per hour with spectacular panoramic views over Snowdonia and will leave you with unforgettable memories.

Zip World Velocity 2 is ideal for a crazy adventure while touring North Wales and is definitely a must-do for any adrenaline junkie out there! Would you dare to try?

Staying in the air but moving to England, we head to Bristol. Known for a bustling Harbourside and fantastic street art, the city is also a host to a dazzling annual show – Bristol International Balloon Fiesta.

Reaching as many as half a million visitors a year over its few days duration, the festival attracts hot-air balloons of all shapes and sizes. Invented in 1783, the hot-air balloon has vast numbers of enthusiasts who travel from all over Britain to the festival. But it’s not just for enthusiasts – visible from miles away, vibrant flying dots create a colourful panorama over the city to be appreciated by everyone! The most characteristic view is of one of the oldest working iron bridges in the world, the Clifton Suspension Bridge.

There are plenty of attractions in the main area of the outdoor festival, such as performances, flying competitions and family events, providing entertainment for the whole day and are complimented by many street food trucks. At night, parked balloons create a real magic. A warm and cosy atmosphere emerges as everyone’s eyes are focused on fire, light and glow of the giants. Often followed by fireworks – a spectacular show hot-air balloons is a must-see while touring around South West England in August.

Taste the “Water of Life” in one of Scottish Distilleries

What do we want? “Water of Life”!  Where do we find it? SCOTLAND!

The term “Water of Life” is a translation from Scottish Gaelic “Uisge beatha”. Pronunciation of “uisge” sounds a bit like “uwshk-yuh”, which is very similar to a word for well-known alcoholic beverage – whisky!

Whisky (not Irish whiskey) is a combination of pure water, malted barley and yeast. There are over 130 single malts distilleries spread all over the country, that are actively producing whisky for decades or even centuries now. Each of the five (arguably six) whisky regions of Scotland characterise in specific tones, flavours, scents and processes. 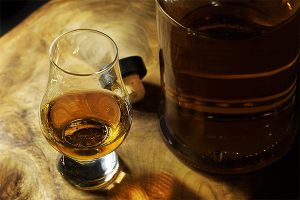 The Highland region has malts of a spectacular diversity of flavours from its salty coastlines, grassy moorlands and fierce mountains; Lowland is characterised in multiple distillations during the process, with smooth and gentle flavours; Speyside with both lighter and richer, but fruitier notes is the most renowned Scottish whisky in the world; Campbelltown with only three distilleries provides flavours with smoky and salty hints; and Islay golden liquids are usually very smoky and peaty. Whisky from spread over 800 islands of Scotland, are also considered as one Island region, combining light citrusy tastes with smoky ones.

Our self-drive tours of Scotland are perfect to discover as many distilleries as you possibly can! With flexibility and open roads, you can venture from one place to another and explore the world of Scotch whisky picking up bottles of your favourite blends. Familiarise yourself with the processes during warehouse tours, taste a dram or two of the golden liquid and find the finest scotch whisky for you.

Let us stay within the topic as our bucket listing wouldn’t be complete without encouraging you to try one of the most popular and common dishes in British cuisine – the traditional full breakfast! And although we probably should have started our list with this item, as breakfast is the first and the most important meal of the day, we totally took it for granted having eaten so many…

Full English consists of fried eggs, sausages, bacons, tomatoes, mushrooms, baked beans, black puddings and hot-buttered toasts accompanied by tea or coffee. Its history hails back to the 13th century, when the gentry, driven by their love to social gatherings, country living and of course food, started to eat hearty morning meals. These were previously considered as a sin or weakness, especially for healthy men, but over the centuries, they became an inseparable part of British culture and many Brits’ mornings.

Regional differences between breakfasts may cause national disputes, as Scottish tends to swap black pudding for haggis and the Welsh adds seaweed-laverbread and fish cockles to their plate. I hasten to explain that modernising the traditional breakfast to suit everyone’s tastes by adding ingredients, such as avocadoes, crumpets or English muffins, is very popular. The biggest revolution however is brought by vegetarian and vegan substitutes. Plant-based sausages, bacons or even eggs(!), found many enthusiasts and made full breakfast possible for everyone.

On all of our tours, we include full breakfast as standard, so you will have a great opportunity to try daily breakfast prepared with local ingredients. What components would make your perfect British breakfast?

No, I didn’t just fall asleep on a keyboard… And I hope you didn’t either yet! The word you see above is actually our last item on Great Britain Bucket List and is the name of a village on the isle of Anglesey in North Wales. Could you try to pronounce it out loud? 🙂 It is a bit complicated, even for the Welsh!

Even though the name was originally much shorter, it was changed to attract more rail tourists to the small, but truly charming village – little did they know it would bring an international fame in later decades. Such fame, that Llanfairpwllgwyngyllgogerychwyrndrobwllllantysiliogogogoch made it to the board of a popular game, Monopoly, as a railroad square in 2011! 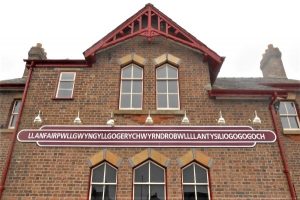 But what does its name even mean? According to translations, it means “St Mary’s Church in the hollow of the white hazel near a rapid whirlpool and the Church of Saint Tysilio of the red cave”. Descriptive, but not as literal as it seems. Although both churches remain in place and are popular tourist attractions, the white hazel has been replaced with other trees and the red cave haven’t even been found yet. Could that be a marketing strategy, a joke or maybe the red cave is hiding somewhere deep underground…?

Visit Llanfairpwllgwyngyllgogerychwyrndrobwllllantysiliogogogoch to check that and travel to many other destinations for local stories, legends and adventures! Britain awaits with plethora of things to do and see – we hope we will be able to assist you on your journey through its countries Wales, Scotland and England. Meanwhile, if you enjoyed our return to the Great Britain Bucket List and would like more editions in the future – please leave us a comment here or drop us a message on our @adeotravel Instagram to let us know what you think; and of course check previous editions to see, if we’ve already written about them here: #1! , #2! and #3!.